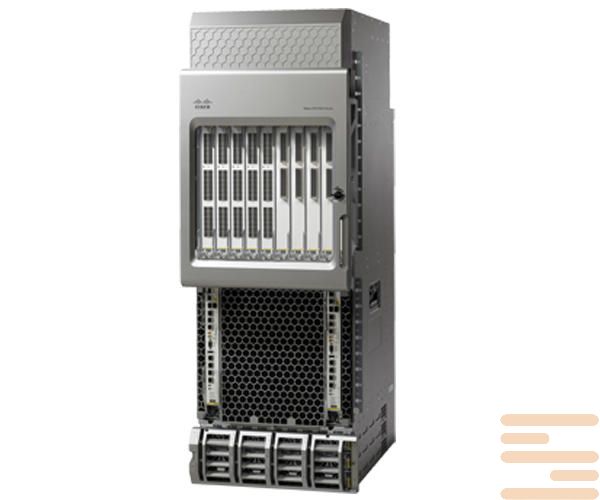 Routers Cisco ASR 9000 Series – these are modular devices that protect the investment of the enterprise. Routers ASR Series 9000 run on a processor NPE-G2 Network Processing Engine. With it, the product sends data at a speed of 2 million. packets per second. Medium and small enterprises, consisting of the central office of the company, and remote points can maintain continuous communication 24/7.

Router line ASR Series 9000 equipped with technologies that allow you to make connections between offices over a local area network in a constant mode. Router family ASR Series 9000 supports up to 16 thousand PPP sessions simultaneously.

Routers Cisco ASR 9000 have high performance from 44 Gbps to 160 Tbps, depending on the platform. Cisco ASR 9000 has a commutation matrix of more than 440 Gbit/with per slot, and performance LC more 360 Gbit/with. Also, Platform Cisco ASR9000 maintains a holistic QoS in the platform architecture and support for optimal multicast replication on all platform components, support Cluster and Satellite.