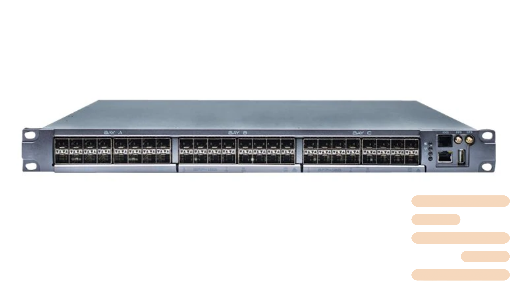 This series of switches is a unique first-class switching platform and software application platform with an innovative design that provides low latency.

The platform has a console port, a port with a micro connectorВ USB, port 1G RJ45 and port SFP + 10G, which can be used as control interfaces. To the features of the switches of this seriesВ Cisco Nexus 3550-T FPGAВ can be attributed:

Compact yet powerful platform designed specifically for applications that do not accept long delays in information transfer. Switches haveВ 48 portsВ connections in the formatВ 10 gigabit internet. This version can be customized:

Nexus 3550-F Fusion HPTВ has a deep hierarchy of packet buffers to ensure that packets are captured, timestamped and transferred to long-term storage even in extreme correlated micro-packet scenarios.

These are Layer 1 switches with the highest possible expansion density.. The series operates at the physical network level, devices are connected via a matrix switch.